If the name of this post sounds familiar, it’s probably because we swung by Ho’s Tavern a few weeks back to check out their Wing Wednesday (spoiler: it was very good). Given that, we thought it was a no-brainer to return for brunch. Unfortunately, we had read some outdated Yelp reviews that said Ho’s Tavern has bottomless, but when we got there the bartender informed us that’s no longer the case. They did have a special on mimosas, so since we were already there we went ahead and brunched.

Ho’s Tavern is in Russian Hill on Van Ness and Green, and it’s a decent sized place with a fair number of tables and TVs throughout the building. It wasn’t especially crowded (when we got there, the only other group was about a dozen Missouri fans watching their game), so we made a reservation but it probably wasn’t necessary.

Like I said, no bottomless :(. On Saturdays and Sundays, though, they do have $20 pitchers of mimosas. They’re made with a reasonable ratio of OJ to champagne, though I might go a little lighter on the OJ.

We were looking forward to the food here, since we’d been before for the wings, which were very solid. Unfortunately, most of the options here let us down; the food feels low end bar fare. For appetizers we had the wings (good), mozzarella sticks (also good), cheese fries (bad, with cheap cheese sauce) and bacon wrapped meatballs (really bad, served on mashed potatoes with a very thick gravy but still somehow dry).

To finish off the meal, we had the fried Oreos, which I was skeptical of at first but were actually amazing – they really taste like donuts, and the ice cream they were served with was a great addition. We also ordered a hard root beer float; again excellent. Maybe Ho’s should just be a dessert bar.

The service was definitely the best part of Ho’s Tavern. There was only one woman working as the bartender and waitress, but that wasn’t a problem because of the lack of a crowd. She was attentive and nice, and she poured our pitches of mimosa reasonably quickly. The owner also came in at one point to apologize for the speed of the food service (which wasn’t even particularly slow anyway) and explain that they’d had a mix up with a food order that morning.

I like Ho’s Tavern as a bar to watch a game at, and I’m definitely a fan of their Wing Wednesday. Unfortunately, though, I’ve gotta pass on their brunch. With so many places where you can get bottomless and significantly better food, I’d advise you save this one for a non-brunch day. 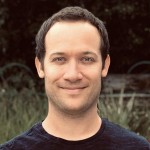